Georgina was built in 1950. Her timbers are Huon Pine and Kauri of which she is Carvel Planked with Jarrah and Teak decks. She is a true example of a classic timber boat.

While in for some paint work some timber degradation was found in the sponsons, gunwhales and planking. Removal of the sponsons and gunwhales to gain access to planking and deckline was necessary to undertake the repairs.

Due to the tight shape of the hardwood double ended deckline and gunwhales, which were approximately 8” in width and 5” in depth, it was decided to use a traditional steam bending method. This gently allows the timbers to be moulded into shape following the lines of the boat.

This method is used regularly at Careel Bay. Once timber is set into place they were hand shaped to the original profiles of the gunwhales. The boat then slipped and handed over to the paint team to repaint hull and decks by brush in enamel. She is now back to her gleaming self. 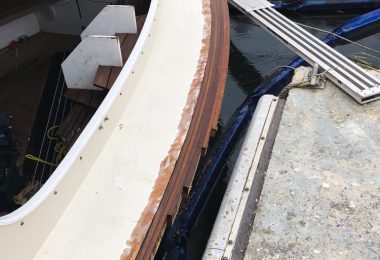 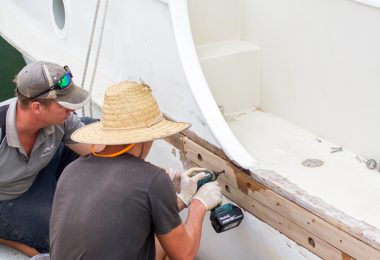 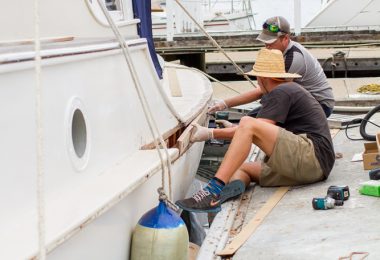 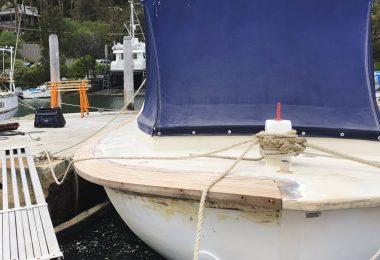 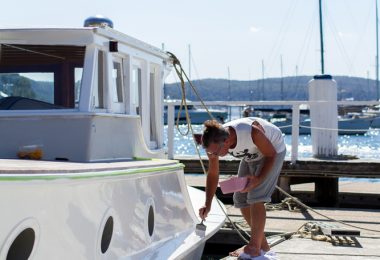 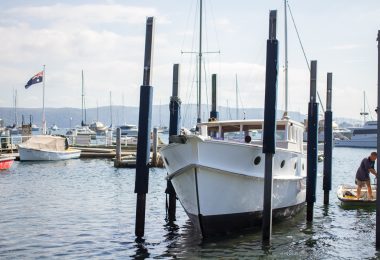 Birdy was built in 1930 by A.G.Williams. We came across her looking tired and in need of some TLC, so in December 2017 she underwent a transformation here at the Marina.

Birdy’s topsides had several planks with dry rot in them. Our shipwrights removed the damaged planks and replaced them with clear A grade Oregon and then caulked them with okam traditionally. Some of the hull plank leaks were also recaulked with okam. She was then antiflouled and put back in the water.

To create a feeling of openness it was decided that the rear bulkhead be removed to allow the cockpit to flow through to the main cabin. This also allowed the driver to be a part of the fun in the cockpit while motoring.

Internal cabinetry was in good shape so all that was required was some timber oiling and painting. The v-berth looked amazing with a fresh coat of white gloss and covering the dark timbers really gave a great feel. New timber bench tops were installed along with new sink and tap ware. The internal space was carpeted in all weather sisal with amazing results.

To secure and protect the interior from the elements a rear zip through cover made from taupe sunbrella canvas was installed. This replaced the rear bull head and allowed to boat to be closed up while not in use. This system worked perfectly and looks amazing.

The paint team repainted the topsides by brush in gloss enamel as well as re varnishing the cabin sides. Birdy looks amazing after her restoration and turns heads where ever she goes.

Jingai, a 30’ Havorsen,was purchased by a new owner recently who had a plan to inject some new life into the quaint old girl.

For a full repower, a new Yanmar diesel engine was fitted and all the onboard electrics updated. During this process the engine bay was completely stripped and reconfigured. The position of the water tank and the hot water system was changed to allow for maximum clearance around the new engine.

She was then slipped for a repainting of the topsides and antifouling. Whilst on the slip some degradation was found in the topside hull planking. The repair work was carried out by our shipwright team. The topside degradation lead us to finding that the main support structure of the aft quarter was needing to be replaced due to water and rot damage.

This process included completely removing topside planks from gunwhale to water line- from transom to midships. Once planks were removed, the shipwrights were then able to begin to repair and replace the structural components, deck shelf, deck clamp, transom frame and 5 ribs.
After the structural components were replaced the traditional carvel planking method was used to plank the topsides of Jingai, followed by fitting the deck plywood and spotted gum sponson. Finally, teak a planked deck was laid over the repaired deck area.

Following the timber repairs she was handed back to the paint team for full topside paintwork. The cabin sides varnish was touched up, and re coated.

To protect the timber cabin sides full covers were made and installed. Stage 1 of this restoration was now complete.

Watch our video on Jingai 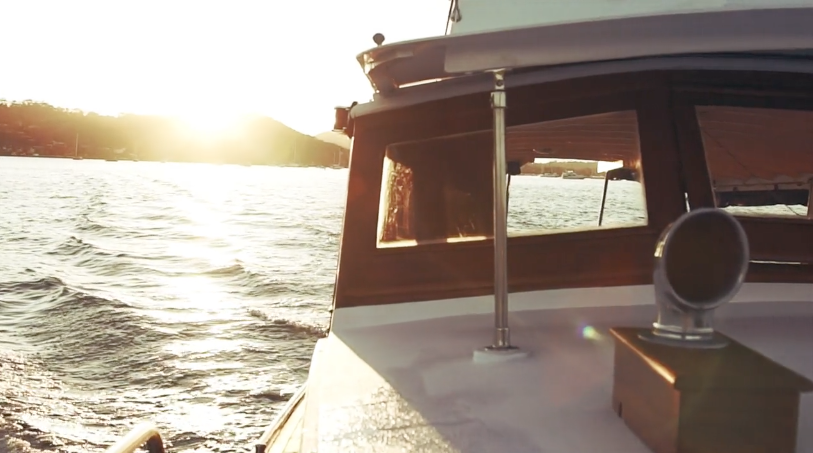 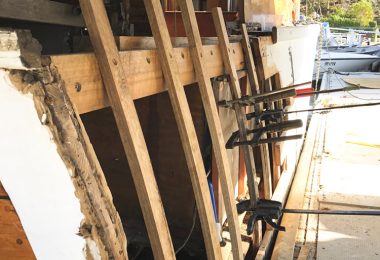 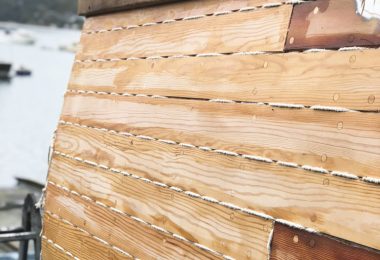 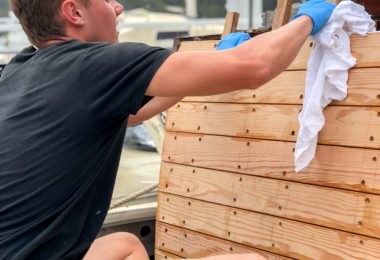 Signup for the latest news and events